Elizabeth Bader has been a lawyer for over 30 years. As part of her legal practice, she successfully represented clients before the California Supreme Court, the Ninth Circuit and other courts of appeal.  As a lawyer/mediator, she has mediated a variety of cases, including complex mass-tort-related litigation.

The Psychology of Mediation

Elizabeth is probably best known for her work on the psychology of mediation.  Focusing on the way that ego and issues of “face” dominate mediation, Elizabeth identified the IDR cycle, a psychological cycle of inflation/overconfidence, deflation/disappointment and realistic resolution, which is frequently seen in mediation. She has also drawn attention to the need for mediators themselves to work on their own issues of “face,” ego and self-identity.

Elizabeth has also been a pioneer in the area of trauma-informed mediation.  She published a leading article on the subject of trauma and mediation in one of the country’s leading academic journals.

Elizabeth’s work on the relationship between psychology, trauma and conflict resolution can be found in various journals and books and on this website. Her articles have been published in the Cardozo Journal of Dispute Resolution, the Pepperdine Dispute Resolution Law Journal (2010), the International Journal of Applied Psychoanalytic Studies (2011), and mediate.com. Her insights have been recognized in both the psychology and legal communities, both here and abroad. 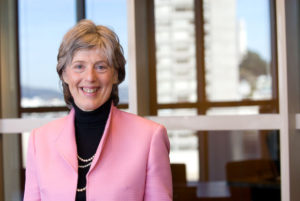