Inspired by Daniel Shaw’s book, Traumatic Narcissism, I wish to discuss what Shaw calls “detachment” and “emancipation” as a factor in mediation, trauma and spirituality.1

Toward an Emancipation from Hatred in Mediation

First, a story from one of my mediations.2

Judith had been lovers with Eric, her former  business partner.  There was a breakup. Eric was now with another woman.

Judith told me she had also been abused by her father.  She let me know she hated both her father and Eric.

Judith was using her considerable wealth to go after Eric in litigation.

One day I had the insight that Judith’s hatred of Eric was her way of exorcising him from her heart.  I was inspired to say this to Judith:

“You know when you actually want to be free of someone, to get rid of them, the idea is you kind of walk away and have nothing to do with them. This is really the best way to do it.”

There was a palpable silence. Judith had never really thought of this way of leaving Eric. Things seemed to change for the better after this moment.

Judith was beginning to see a path to detachment from Eric and a way to move on.

Healing from Trauma: “But What Do I Do?”: Aim Toward Emancipation 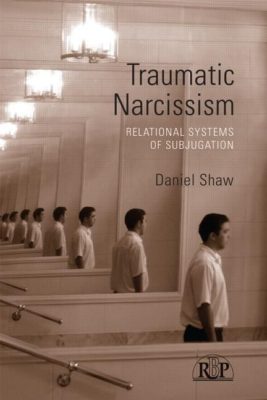 In Traumatic Narcissism,  Shaw discusses common emotional strategies people use to deal with the psychological residues caused by traumatizing narcissists, including narcissistic parents.

What Shaw does embrace as a solution is to “bear the pain” but to move toward detachment, to inner freedom from the  traumatizer.  He suggests the process of detachment occurs when the patient has simply processed his or her childhood issues to the point where they are no longer troublesome. Perhaps they even become boring.

The patient can hopefully arrive at “emancipation.”  Emancipation brings with it the ability to develop a new,  independent, coherent sense of self and to relate to others.  One is able to move on. 4

I think there is a parallel between what Shaw calls detachment and the fruits of somatic trauma work.

From the perspective of trauma work, “detachment” occurs when the body’s response to a stimulus is no longer “coupled” or “overcoupled” in the nervous system with a sympathetic flight/fight response.5

Thus, healing happens when the traumatic triggers no longer trigger us  anymore, not when we try to make a situation “right” which was never right to begin with.

Although the emphasis in systems such as Somatic Experiencing is on somatic processing, it is also coupled ideally with a relationship between the practitioner and the client which is supportive and attuned.  Thus, it implicitly helps to develop the client’s newly emerging sense of self.

The Spiritual Dimension of Detachment and “Emancipation”

Although Shaw is famously an expert on cults, and discusses them in his book, he does not specifically bring spirituality into his discussion of “emancipation.”  But of course freedom and emancipation are core values in many spiritual traditions.

Gurdjieff, for example, introduced to the West the idea of the importance of developing the capacity for “non-identification,” the  capacity to let go of the ubiquitous, mechanical human tendency to “identify” the self with  each incoming stimulus.6

Nonidentification is also the root of many meditation practices, such as mindfulness practices in which one disengages from thoughts to remain focused on presence.

In spiritual practice, the second aspect of emancipation that Shaw identifies— the ability to form a new, autonomous self and to engage “intersubjectively” with others — is often given short shrift.  The result, as I have explained here, is a tendency toward cult-like or unproductive self-abnegation. This is unhealthy.

On Attachment and Emancipation

The denial of the self also often renders spiritual practitioner’s attempts to realize their good intentions in the world ineffective.

For example, the reader might assume that what I said to Judith was the important part of the story above. It was not.

What I said came through to her because a palpable bond had formed between us — a type of attachment that can and does occur fairly often in mediation when parties are open to it.

It was, however, also important that I was not recommending “forgiveness.”  I was directly discussing the value of detachment, which it turned out was what she really needed.

Also, although I felt compassion, I was certainly not attempting to be “compassionate.” She would have hated that.  Rather this was more of a discussion between equals.  This made everything else possible.

This tension between our attachments and our need to differentiate and separate (“uncouple” if you will) is one of the mysteries we negotiate most or all of the time.  True “detachment” is necessary for “emancipation” to take place.

Once we begin to achieve even a small level of detachment, we hopefully become able to re-couple (my word), to form new lives and possibly new attachments. Or at least, hopefully, we become more able to resolve our conflicts from a place of realistic resolution,7 where we focus on our own best interests, not our reactivity.

The IDR Cycle in Europe: The TIME Project True Mastery in Difficult Situations: Lessons From the Ancient Chinese