A Basic Neurobiology of Mediation 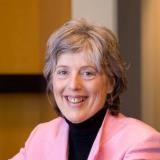 Basic elements of neurobiology are discussed in the following excerpt from Elizabeth’s new article, The Psychology and Neurobiology of Mediation, published in the Cardozo Journal of Conflict Resolution.

Lessons from the Material

Elizabeth considers readers should draw the following lessons from the material:

1) While people sometimes speak generally about the fight-or-flight response in mediation, the reality is our responses to conflict are more nuanced.

2)  In particular, nervous system responses do not have to rise to the level of fight-or-flight to contain elements of highly charged sympathetic arousal.  Sympathetic arousal can make decisionmaking and prosocial behavior more difficult or painful.

(3)  As Stephen Porges has explained, these responses are triggered outside of our awareness by the autonomic nervous system — way before the rational faculty knows what is happening.

(4)  At least with some people, it may be counterproductive to rely on their purely rational capacities. The autonomic nervous system needs to be understood and respected.

Please sign in here to be sure to receive other excerpts as they come out.

III.      Elements of Neurobiology Relevant to Conflict and Conflict Resolution

A.     The Autonomic Nervous System

To begin with basics, the autonomic nervous system[1]  (“ANS”)  controls the fight-or-flight response and is deeply implicated in the way we respond to trauma. Often a first responder in cases of threat or challenge, it also controls the viscera, internal organs such as the gut and heart.[2] By necessity, then, it operates largely outside our cognitive control. We don’t need to tell our heart to beat faster when a car is approaching in our lane.

B.   Neuroception: Scanning the Environment for Threat

Stephen Porges has coined the term “neuroception” to describe the way in which the autonomic nervous system continually monitors the environment to distinguish whether situations or people are safe, dangerous, or life threatening.[3]  This process takes place rapidly, outside of awareness, in primitive parts of the brain.[4]

As a result, our bodies can respond very quickly to the environment.  Through neuroception, we can also determine whether to communicate and act in a prosocial way within a social group.  Thus, “neuroception . . . connects the evaluation of risk with social behavior.”[5]

The sympathetic nervous system (“SNS”), one of the two major branches of the ANS, mobilizes the body for action.[6]   When we are confronted with a potential or actual threat, it stimulates the heart to beat faster, the respiration rate to increase, and the neuroendocrine system to produce adrenaline[7] and other stress hormones.[8]  Blood pressure rises.  Blood is shunted to the muscles of the arms and legs. Energy is conserved by shutting down areas such as the digestive system not needed during the emergency.[9] This is the fight-or-flight response.

Full throttle sympathetic activation such as the fight-or-flight response, is, of course, not necessary in many situations.  For example, even in high-conflict cases in mediation people generally do not come to blows or run out of the room.

Give-and-take and prosocial behavior is possible precisely because we are capable of flexibly arousing and soothing defensive and self-protective responses without the necessity for full-on sympathetic activation.[10] This capacity developed through the course of evolution.[11]

However, the sympathetic nervous system can still be aroused to a high degree.  The extent of arousal will depend upon the situation but also on the particular individual’s psychology and neurobiology.[12]

Thanks again to the Cardozo Journal of Conflict Resolution for allowing us to publish these excerpts.

[3] Porges, supra note 2, at 11 (“I have coined the term neuroception to describe how neural circuits distinguish whether situations or people are safe, dangerous or life threatening.”)

[4] Ibid. (“Because of our heritage as a species, neuroception takes place in primitive parts of the brain, without our conscious awareness.”)

[6] The SNS works through two columns which run down vertically alongside the spinal cord, one on each side of the spinal cord. Each column includes a number of ganglia, groupings of nerve cells. Nerve fibers collect within the ganglia and then synapse with other neurons that extend to the viscera.  This enables impulses to branch out into and down the body to innervate organs and limbs. Shier, supra note 8, at 410. This facilitates rapid behaviors such as, for example, fight or flight, and quick movement of the limbs. Porges, supra note 2, at 153.

[10] Porges, supra note 2, at 266 (mammals have developed the capacity to “cue” others of safety and danger “while promoting transitory mobilization and the expression of sympathetic tone without requiring [full] sympathetic or adrenal activation“).

[11] “The mammalian nervous system did not develop solely to survive in dangerous and life-threatening environments but also to promote social interactions and social bonds in safe environments.  To accomplish this adaptive flexibility, a new neural strategy requiring safety emerged while the more primitive neural circuits to regulate defensive strategies were retained.” Id. at 121.

[12] On the relationship between an individual’s neurobiology and their psychology, see generally, Arlene Montgomery, Neurobiology Essentials for Clinicians, What Every Therapist Needs to Know (2013) (containing case studies and theoretical discussions).

The IDR Cycle in Europe: The TIME Project