In this post, I speak about the nature of moments of deep resolution in trauma healing, spirituality and mediation by drawing on:

As I discuss below, I believe there is often a tension between “technique” and our spontaneity and our simple human presence during deep moments of resolution.

The ability to hold this tension is, I believe, what constitutes mastery of a craft or a profession.

It is also, I believe, the core of spiritual practice.

A Trauma Healing with Peter Levine

In a recent training on healing trauma that I was privileged to attend, Peter Levine, Ph.D. did a session with a  woman with severe PTSD.

This woman had experienced abandonment, neglect and physical deprivations of many kinds. Yet she was an extraordinary, proud and creative person. She responded to the work with Peter in a glorious and powerful way.

I found myself crying.  Many in the audience were also crying, and, by the end, Peter Levine himself was crying. I will call her Gloria.

The Path Beyond Technique in Trauma Healing

Much of the session consisted of Peter’s guiding Gloria through the workmanlike execution of Somatic Experiencing® techniques for healing trauma including:

But Peter also made a point of saying that the most crucial thing was to stay and be in one’s humanity with the client, another human being. And this was demonstrated by the way he worked with Gloria.

For example, at one point, Gloria mentioned that she enjoyed singing a certain spiritual.  In response, Peter asked her to sing it then, now.

Technically, this could be described as “resourcing” — encouraging the client to connect with images or sensations which are positive or soothing, not traumatic.4

But it was more than that. As she sang in her soulful and dignified way, her humanity, not her trauma, filled the room.

The Work of Daniel Stern: Moment-by-Moment Analyses of How People Change

During the training, Peter mentioned the work of Daniel Stern several times.  The two had given a training workshop together in Switzerland some years ago.

Stern  is probably best known for his pioneering work filming and analyzing the moment-by-moment interactons of mothers and infants. More recently, Stern, sometimes working with the Boston Change Process Study Group, has analyzed moment-to-moment interactions in other contexts, including therapy.

Stern has argued in an article for the Negotiation Journal that his approach is also applicable to negotiation. As I have argued in my work on the psychology of mediation, I believe it is applicable to mediation as well.

I Grasp Your Hand in Mind: The Present Moment as a Human Moment in Therapy 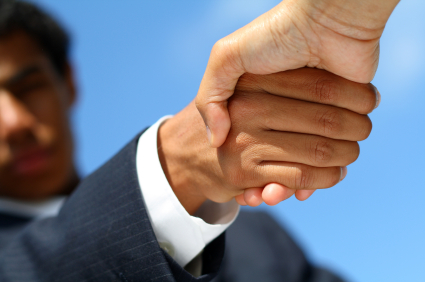 Daniel Stern sees therapy as an intersubjective process which unfolds through a series of “present moments.”  By examining the parties’ interactions on a moment-to-moment basis, Stern develops insights about the experience of therapy, not just its verbal content.

For example, consider this scenario:

A therapist had a practice of shaking hands with patients at the end of their sessions. One day, after a very deep session, as a patient was leaving, the therapist held the patient’s outstretched hand in both of his own hands, instead of his usual handshake.  They looked at each for several seconds.

I would add that during this special handshake, as in Gloria’s session, there was a recognition of the human, not just the technical or professional dimension of their relationship.

The Now Moment as a Call to Move Beyond Technique

According to Stern, during certain highly charged moments, which he calls now moments,5 the parties bump up against the usual parameters of their relationship. A crisis is created. The parties are pulled forcefully into the present, now. Examples of these now moments include:

Stern emphasizes that during now moments “something beyond a neutral, technical response,” is demanded of the practitioner.6 And precisely for that reason, the practitioner “feels disarmed and the level of anxiety rises because he or she really does not know what to do.” 7

According to Stern, during these now moments, if the practitioner plays it too safe, and insists on hiding behind technical moves, the threat may be disarmed, but the opportunity for real progress evaporates.

According to Stern, a now moment demands instead a real “moment of meeting” —  a moment of true intersubjective contact. Examples include:

During these moments of meeting, Stern emphasizes that the practitioner must not only react in a nontechnical way, but one which is exactly “fitted” to the present moment of the situation.

Moments of Meeting During Mediation Impasse

In my experience, moments of meeting occur frequently during the mediation of civil disputes, especially during impasse. This is because parties in these mediations typically go through a psychological cycle which I have called the IDR cycle — this is a cycle of ego-inflation (overconfidence), ego-deflation, and, finally, realistic resolution. 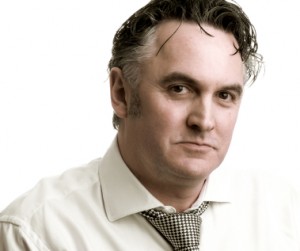 Impasse occurs after deflation has entered the picture — when each party discovers that their hope for easy resolution on their own terms will not be realized.

Impasse, then,  is a tender time.  What Almaas and Muqaddam have called a “hole” opens up — a sense of deficiency, often accompanied by self-judgment — as the parties realize they will never reach their desired goals. This may manifest outwardly as disappointment, or anger, or refusal to budge.

Ideally, this “hole” is filled in exactly the way Daniel Stern describes — by a moment of real contact with  the mediator (or with the other side of the dispute), a moment in which the reality of the situation is faced. As I have said in my work for the legal and psychotherapeutic communities, while discussing impasse:

This “moment of meeting” happens in mediation when the mediator’s sincere belief that the dispute may indeed not settle is conveyed to the parties.  This reinforces for them that now is the time of personal responsibility; they must indeed decide whether or not to bring the matter to resolution.

Ideally, then, it is through this moment of meeting that the parties become able to hear the message: “unfortunately, this will not settle entirely on your terms, you will have to decide or compromise.” If so, they may become more able to make the choices and compromises necessary to move on.

The Psychology of Mediation: Impasse and the Mediator’s Ego

Yet, as Stern describes, and I have spoken about as well, there may be a price to pay on our side.

We may have to confront our own holes, our own uncertainty and our own humanity once it becomes evident the dispute may not settle despite all our hard work. If we do, we may then be able to spontaneously come forth with what  is really needed — what Stern calls a “fitted response,”  a specific, attuned nontechnical — deeply human — response.

During mediation impasse, as I mentioned above, this may simply mean that we sincerely and respectfully acknowledge the dispute will not settle without significant movement by the parties.  If, with our help, they can then disengage from their ego investment  in the outcome, then, hopefully, they will be able to face  this difficult truth and move on to realistic resolution.

A Doorway to True Mastery

Ultimately, it seems, our techniques are designed to fail us at times, perhaps because authentic human contact is needed or the conflicts we confront are simply intractable. During these times, if we are able to let go of our professional ego ideal as the “expert,” something deeper may emerge, something closer to who we really are, to our human being.

We may then find that sincerity and humility can accomplish what mere technical skill could not.  Something we say or do — often something quite simple —  turns out to be just what was needed to break through a barrier or provide much needed relief. Resolution finally arrives, perhaps seemingly on its own.

Stated another way, what Daniel Stern calls “something beyond a neutral, technical response” can happen naturally if we remain anchored in ourselves and with the actual relationship unfolding with clients. Particularly if we are are anchored in our bodies, the resonance8 can become quite palpable. Often, this is actually what can cause a shift.

But — and this is important — even when things are difficult, or seem  hopeless, we must also stay within role.  This is the tension we must hold.

John Bennett has described this dynamic well in his discussion of “doing,” by which he means real doing, instead of mere reacting or merely enacting a technique by rote:

We can have two contradictory states in us — a state of “I must” and a state of “I cannot.”  If we lose one of these, then some compromise arises. We either do what we can, or do something different and pretend it is what we must do.  But if we don’t compromise, then this can bring us to that moment when something else emerges that is neither affirming that we must, nor denying that we can.  It is just the action.  The action appears.9

Ironically, this doing through skillful not-doing, what the Chinese call wu-wei,10 appears to others as a form of mastery. And indeed that is exactly what it is.

Elizabeth E. Bader (2010)  The Psychology of Mediation: Issues of Self and Identity and the IDR Cycle, 10 Pepperdine Dispute Resolution Law Journal 183.

Elizabeth Bader (2010) The Psychology of Mediation (II): The IDR Cycle, A New Model For Understanding Mediation. (on mediate.com; here is an illustrated version.)

Elizabeth Bader (2010) “The Psychology of Mediation, Part I: The Mediator’s Issues of Self and Identity.” (on mediate.com and here.)

Elizabeth Bader (2013) Recovering Essence on the Spiritual Journey (Almaas, Muqaddam and the Theory of Holes). http://www.elizabethbader.com/elizabethbadersblog/recovering-essence-spiritual-journey-almaas/

Peter A. Levine, Ph.D. (2010) In an Unspoken Voice: How the Body Releases Trauma and Restores Goodness. North Atlantic Books: Berkeley.

Daniel J. Siegel, M.D. (2012) The Developing Mind: How Relatioships and the Brain Interact to Shape Who We Are (Second Edition).  Guilford Press:New York.

Edward Slingerland (2014) Trying Not to Try: The Art and Science of Spontaneity. Crown Publishers: New York.

With thanks to Brad Kammer for his comments.
« Tim Hicks on the Neuroscience of Mediation and the IDR Cycle» Beyond the Superego: A Musical Offering