Freud Encounters the Spiritual Journey: An Early Theory of Holes 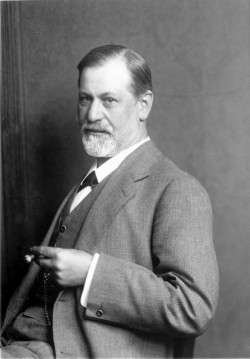 The Theory of Holes articulated by Hameed Ali (A. H. Almaas) and Faisal Muqaddam explains how essence can be recovered during the spiritual journey.

Interestingly, Sigmund Freud articulated many elements of the theory nearly a century ago.

Religious “Sensation” as the Basic Ground of the Ego

Freud wrote his masterpiece Civilization and its Discontents when he was 73 years old, in 1927. He had just recently characterized religion as an illusion in The Future of an Illusion.  But a friend, who we now know was Romain Rolland, had written to Freud:

Your analysis of religions is fair. But I would have liked to see you analyze spontaneous religious feeling or, more exactly, religious sensation …

I understand by that …the simple and direct fact of the sensation of the “eternal” (which may very well not be eternal, but simply without perceptible limits, and in that way oceanic)…[1]

The Development of Ego as a Defensive Structure

Freud had never experienced the “oceanic feeling.”[2]  But in thinking about the possible “genetic” origins of this boundless feeling, he theorized that perhaps it was present in infancy but blocked as the ego develops.  As he said:

An infant at the breast does not as yet distinguish his ego from the external world as the source of the sensations flowing in upon him … [O]riginally the ego includes everything, later it separates off an external world from itself.

One comes to learn a procedure by which, through a deliberate direction of one’s sensory activities and through suitable muscular action, one can differentiate between what is internal — what belongs to the ego — and what is external — what emanates from the outer world . . . This differentiation, of course, serves the practical purpose of enabling one to defend oneself . . . (pp. 27-29).

In short, Freud said that originally the infant lives in an “oceanic” universe, and only later learns to live in the “shrunken residue” that constitutes the adult ego:

Our present ego-feeling is, therefore, only a shrunken residue of a much more inclusive — indeed, an all-embracing feeling which corresponded to a more intimate bond between the ego and the world about it (p. 29).

Note here that in Freud’s view the process of losing the sense of interconnectedness was largely somatic. Through the development of suitable “muscular action[s],” the body loses its capacity to feel the unity of the interpersonal field.

In Freud’s view, the “oceanic” feeling was never completely eradicated. He likened the contents of the human psyche to the city of Rome, which has ruins co-existing with more modern structures, “dovetailed  into the jumble of a great metropolis. . .”

As in Rome, so too, he said, in the mental apparatus “all the earlier phases of development continue to exist alongside the latest one” (p. 32). However, “in suitable circumstances (when, for instance, repression goes back far enough) . . . [the earlier phases] can once more be brought to light (Id).

Freud pointed the way to the Theory of Holes articulated by Hameed Ali (A. H. Almaas) and Faisal Muqaddam.   He theorized that there is another dimension in us  beyond the “shrunken residue” of the ego. The blocking of the “intimate bond between the ego and the world about it . .” (p. 29)  occurs when the infant’s primitive will is directed toward the body to establish mechanisms of defense. But the boundless dimension never leaves us completely and can be brought to light again.

[2] Sigmund Freud, Civilization and its Discontents, trans. by James Strachey, reprinted from the Norton Standard Edition (W. W. Norton & Co., 2010), p. 24. All page numbers are from this edition.

« From Judgment to Compassion: The Superego (Inner Critic) In Spirituality & Conflict Resolution» Recovering Essence on the Spiritual Journey (Almaas, Muqaddam and the Theory of Holes)